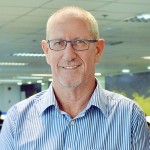 Garry is well known in the finance industry in Australia where he has worked in a number of senior executive positions over many years. He has held executive positions at a number of the leading non-bank funders and managers including Commercial Union LMI, Homeloans Ltd, Firstmac. Prior to founding BOS,
he was the CEO of Mortgage Ezy for over eight years.

Garry is a Fellow of the Mortgage Industry Association of Australia and a Fellow of the Institute of Financial Services . He was the Chairman of the National Mortgage Management Committee and a Board Member of the MFAA from 2007 until 2012.

Garry has also been active in a number of sporting clubs and he has a particular passion for junior sports.
He is proud to have been honoured with Life Membership of the Wanneroo Tee Ball Club for his work with junior development. 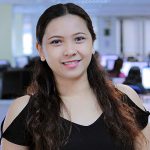 Chola manages the day-to-day operations of the company’s Human Resource Department. She is responsible for all the functional areas of HR which includes Recruitment and Selection, Performance Management, Compensation and Benefits, Employee Relations, Staff Development as well as maintaining the company’s Human Resource Information System. She has 11 years’ worth of experience in different industries.

Chola has a BA Psychology degree from De La Salle University, Manila where she graduated with honours. 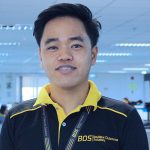 Keian is in-charge of organizing accounting procedures and efficient preparation of reports and returns needed for full compliance to Philippine government regulations from bookkeeping to financial reporting. Keian also facilitates the renewal of business licenses and registrations. Keian has been with BOS since inception. 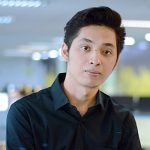 Neil is responsible for the set up and running of the information technology environment of the company with respect to IT infrastructure planning, administration, maintenance and IT support.

He acts as IT administrator, local infrastructure administrator and primary contact of foreign client counterparts. He assists internal and external clients who seek advice on information technology issues, products and services.